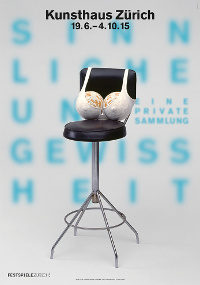 In the twentieth century, humankind reflected on its relationship to its surroundings with virtually unprecedented intensity. Today we even go a step further by attempting to gain complete control over our own bodies to attain eternal youth, eternal productiveness and eternal virility. Paradoxically, positive achievements such as improved hygiene, new insights into the correlation between physique and psyche, progress in pharmaceutical and medical research, and, not least importantly, good working conditions are what prove crucial for this dictate of the ever-more-perfect body. At the same time, the world has become increasingly complex, socially, politically and technologically. We are inundated with so many external influences that our own bodies - whether naked or clothed - have become the most evident filter between our environments and ourselves.

The exhibition SENSE UNCERTAINTY confronts visitors with questions revolving around the intimacy, self-expression and vulnerability of one's own body and the bodies of others. Where do I have a feeling of tender affection towards a person or object? And why are instances of self-alienation necessary in order to recognize the self? Do I succumb to the power of images? - More than 150 workgroups by some 60 artists shed light on this reciprocal relationship. They come from the collection of film director Thomas Koerfer, and form the most extensive exhibition of those holdings ever before presented to the public. 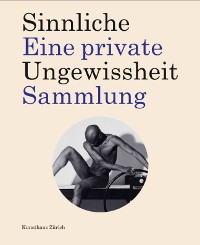 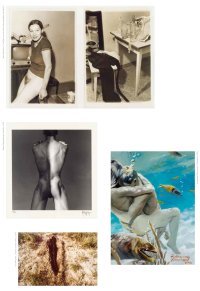 The catalog accompanying the exhibition at Kunsthaus Zürich presents a collection brought together under an extraordinary gaze, a collection that makes a theme of one of the oldest motifs in the visual arts: the human body and with it its Eros and sex, its desiring and being desired, its vulnerability. Today we live in times when the body as a topic has been done to death. In unfiltered close-up, modern and contemporary art lend the body's physicality a new fit and a new metaphoric, culturally coded, the way art has always done it. The staging of the body has exceeded the moral boundaries and thereby arrived at radical questioning about the mystery of intimacy, self-projection, and vulnerability of one's own and the other's body.

These approximately 200 photographs, sculptures, paintings, and video works from the collection of movie director Thomas Koerfer demonstrate this in a dramatic way. Numerous essays accompany the extensive image material and shed light on the interrelated web of gazes, yearnings, and knowledge with thoroughly subversive potential. 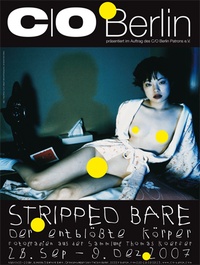 On december 16th, 2006, there will be the premiere of a Robert Walser play at the Zurich Schauspielhaus, LIEBESTRAUM was put together out of Robert Walsers pencil writings (micrograms) and is directed by Thomas Koerfer. 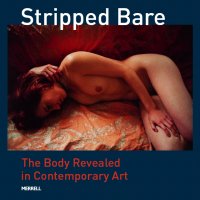 Since the beginning of the twentieth century, art has rejected the cliché of the beautiful nude and sought to dismantle the ideal body. For today's artists and photographers, the nature of the body and how it is defined through being looked at and depicted have become key themes. Which body is worthy of portrayal? Which body displays the modern sensibility? Is the unclothed body still the desired body?

With its wealth of contemporary photographs, paintings and sculptures, Stripped Bare: The Body Revealed in Contemporary Art explores in detail the representation of the human body — that most familiar of objects, which we assume has long been revealed but which is constantly being assigned new meanings. In Stripped Bare, forceful and often erotic images by many of the most highly acclaimed artists and photographers of recent decades, including Cindy Sherman, Nan Goldin, Robert Mapplethorpe and Araki, feature alongside works by significant predecessors, including Man Ray and Andy Warhol. Their undisguised and often merciless close-up views of other bodies and their own encompass pleasure and desire, love and sexuality, pain and power, simultaneously forcing the viewer as an eyewitness into the area of tension between the artist and the subject, between the private, the voyeuristic and the public.

Supporting this powerful collection of works are illuminating discussions that analyse the 'gaze' that links artist, viewer and subject; the complex cultural forces that operate in relation to the nude; the notion of unauthorized looking; the relationship between artistic representation and pornographic consumption; and the influence of the cinema in depicting the human body.

This stunning and highly original book, which includes many works that have never previously been published, will appeal to anyone interested in contemporary art, photography and culture.

Thomas Koerfer trained as a sociologist and economist before becoming a successful film and theatre director, scriptwriter and film producer. He regards the assembling of his art collection almost as another career.

Juri Steiner is an art critic and freelance curator working for such international museums as the Kunsthaus, Zurich. He is currently planning a "Dada house" in Zurich's former Cabaret Voltaire.

Victor Tupitsyn is an art critic and philosopher of culture. He is the author of numerous books and articles on twentieth-century art. He lives and works in New York and Paris.