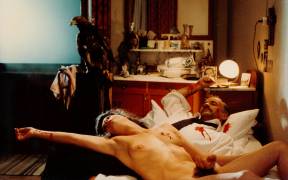 Glut (Embers) is the story of a central episode in the childhood of Andres Korb.

Andres is afraid of his father, the ruthless weapons manufacturer François Korb, and disappointed by his mother, Claire Korb, who is preoccupied by her desire for her brother-in-law, Albert Korb. Andres' grandfather, Colonel Wettach, is the only figure in his life from whom he receives affection and warmth.

Safe from the maelstrom in the oasis of peace that is Switzerland, François Korb enjoys excellent relations with high-ups in the Third Reich.

Neutral Switzerland spent the era delivering weapons not only to the Allies and the Germans; accommodating Swiss entrepreneurs like François Korb took skilful advantage of the rise in demand and counted their country's army, too, among their regular customers. In this climate of political tension, Korb is able to profit from everything he touches: while the weapons trade booms, his image as a businessman and a patriot is burnished. And, as befits a family of position and culture, the Korbs have also taken in a Polish refugee child. Anna's arrival in the manufacturer's villa brings Andres the companion he has been yearning for.

It is not long, however, before Anna earns her foster parents' disapproval by becoming acquainted with a fellow Pole who has appeared in her new environment. The soldier has escaped from the grim internment camp where he had been kept, and now needs a place of refuge. With the help of the two children he is able to hide in the Korb villa, where a reception is underway in honour of a Swiss general. The grandfather, the children's confidant, helps the refugee get away by switching costumes with him, but the former colonel of the Swiss Army is thereby mistaken for the Pole and is himself shot. Anna must leave the villa, and Andres is once again on his own.

When Anna returns to Switzerland on business forty years later, now under her real name, Hanna Drittel, she is in for a surprise:
the streets and squares are full of soldiers, and at a press conference she recognises Andres Korb. The reunion wakens shared childhood memories, but it is more than just the passage of time that separates the journalist Hanna Drittel from Andres Korb, heir to his father's business. 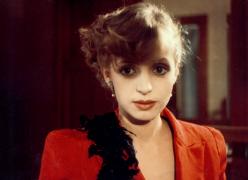 «Embers» is nonetheless a fascinating portrait of the well to do in the land of plenty. Lensing by Frank Brühne is particularly striking. This is one of those movies that well deserves more exposure.

What the filmmaker associates with the film title

Switzerland reminds me of a land of hidden embers.

The magma has hardened and cooled to such an extent that these embers can no longer break through the ground: indeed, they no longer warm the soil. Other countries have volcanoes; Switzerland has its landscape of craggy cliffs. And yet there is no denying the fact that these embers go on living beneath the crusted surface of this land, and that there are embers within its inhabitants as well, packed away and kept under lock and key. Emotional outpourings are infrequent, and when they do occur they cause pain to their immediate witnesses and embarrassment to the society at large. And so it is that people's feelings deteriorate within them, just as history deteriorates within their society. And where they do begin to smoulder, the embers are quickly smothered, before they can become proper fires. 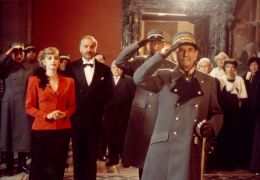